BECAUSE FLUORESCENT PAPER, CHALCOGRAPHY AND HOLOGRAMS, MAGNETIZED INK AND METAL FOIL ARE INEFFECTIVE: HERE ARE THE REASONS.

I.D.Techknows how important it is to protect your business and provides its customers with solid tools for continuously improving the security of takings.
There are millions of counterfeit banknotes in circulation and the worldwide trend is quite alarming.

Since 2002, when the Euro was introduced, more than 7 and a half million banknotes recog-nized as being counterfeit have been recalled. It may seem like a residual amount, if compared to the 14 million authentic bills that are currently in cir-culation. ‘However, the seized amount is but the tip of the iceberg — says a qualified source from Europol in The Hague — What escapes control is much more.’ At least 3 or 4 times more, accord-ing to some estimates. The €20 and €50 continue to be the most counterfeited banknotes; most of the counterfeits were found in euro area countries.

In the United States

Even in the rest of the world, in proportion to the importance of local currency, the situation is basically the same.
The quality of counterfeit banknotes has increased tremendously thanks to the use of new digital technologies by counterfeiters. One would be inclined to think, in fact, that counterfeit banknotes are low quality, printed on ordinary paper and that in this way they can be easily identified by the common detection systems currently on the market. This IS NO LONGER TRUE!

Therefore, it is clear that what threatens takings the most is the quality achieved by counterfeiters, as they can perfectly imitate the security elements of money. In fact, false banknotes are so well reproduced that, by now, it has become impossible to identify them without the help of a technology designed especially for this purpose.

"FEDERAL RESERVE BANK OF SAN FRANCISCO: How much money in circulation is counterfeit?". October 13, 2013

Press Release on Joint Report on Use and Counterfeiting of U.S. Currency Abroad (2006-10-25)

"7. Estimates of Counterfeiting", The Use and Counterfeiting of United States Currency Abroad, Part 3 (PDF), US Department of Treasury, Sep 2006, p. 70

The New York Times : In Southern Italy, Fake Euros That Even the Police Admire

Elena Quercioli and Lones Smith, Econometrica, May 2015, “The Economics of Counterfeiting”.

The above statement means that the related product has positively passed the official standard tests set by the ECB for the detection of counterfeit €uro bills; therefore, the equipment at stake has an high level of reliability. The tests results are published on ECB’s websites.

These tests –to be periodically repeated- are offered only for auto-detection devices. Auto-detection devices are those that indicate, by means of a visible or audible signal or a text-based display, whether the checked banknote is found to be genuine or not; generally speaking, most of the times these devices correspond to some large cash handling machines with some embedded authentication device.

As a matter of fact, on the EBC websites clarifies under the “List of tested banknote authentication devices”, “Disclaimer” n. 4. As follows: “This statement does not imply any warranty by the ECB or the NCBs [i.e. National Central Banks], whether express or implied, to the effect that the types of device tested can detect counterfeit euro banknotes continuously and without error, or concerning their fitness for use, or their purpose, irrespective of whether the users of the devices comply with the user requirements”; and under 3. clarifies that “The published test results neither contain nor imply any recommendation by the ECB or the NCBs to the effect that third parties should or should not use the type of device tested.”

In light of the above, since our €UROTESTERPEN® works through human eyes’ verification of the chemical solution reaction on the paper banknote it does not fall within the scope of the devices which can be tested by ECB. In any case, we are not aware of any scanner/electronic device on the market –even “EUROPEAN CENTRAL BANK 100% TESTED”- able to effect chemical tests on paper currencies; therefore, our scientific instrument is certainly useful and complementary to the said typology of devices. 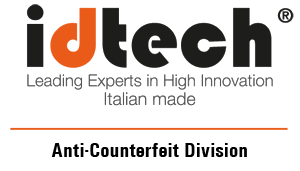 Get your TESTER now!